In a year of severe drought, and with the growing trend of water scarcity, Lisbon City Hall has already started an intervention in the current basin, to ensure a sustainable management of this resource, maintaining its function. The current basin will act as a temporary pond, which will naturally dry up in the summer, after the water evaporates and is consumed by the plants. 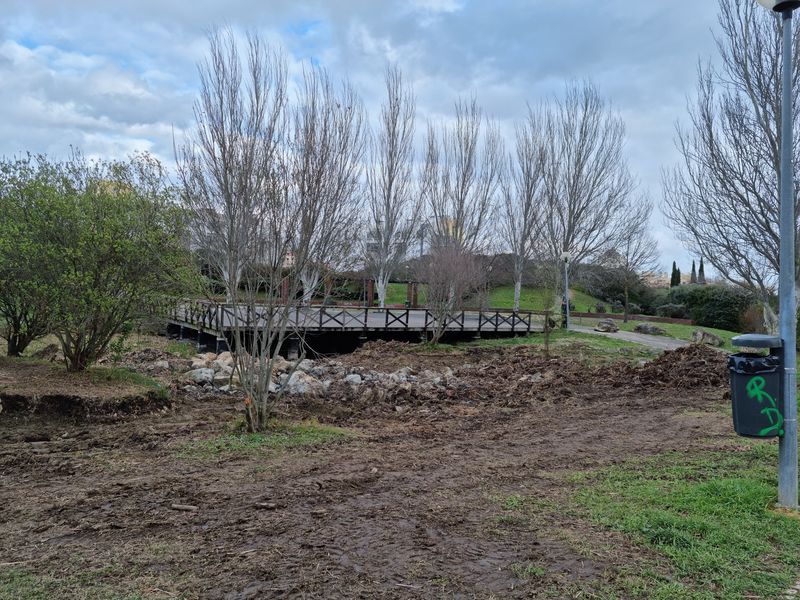 The rehabilitation involves the following interventions:

The results of this intervention will be monitored for one year.

The retention basin was designed to receive rainwater that did not infiltrate into the soil and ended up flowing superficially, causing gullies and erosion on the slopes of the park. A wetland - a temporary pond - was also installed to encourage the increase of biodiversity during the dry season, and it was sealed with canvas for this purpose.

Its creation allowed the installation and shelter of different species of plants and amphibians since, at the time of the park's creation, a large part of the area was devoid of vegetation and quality soil, resulting from successive landfills and rubble.

The retention function of rainwater was guaranteed, having been observed in several winters the maximum level of the lake, and the spillway working, with the controlled release of water.

However, the water received during the rainy season is not at all sufficient to ensure a permanent lake (even with sealing), which requires a replacement with drinking water in hot periods.